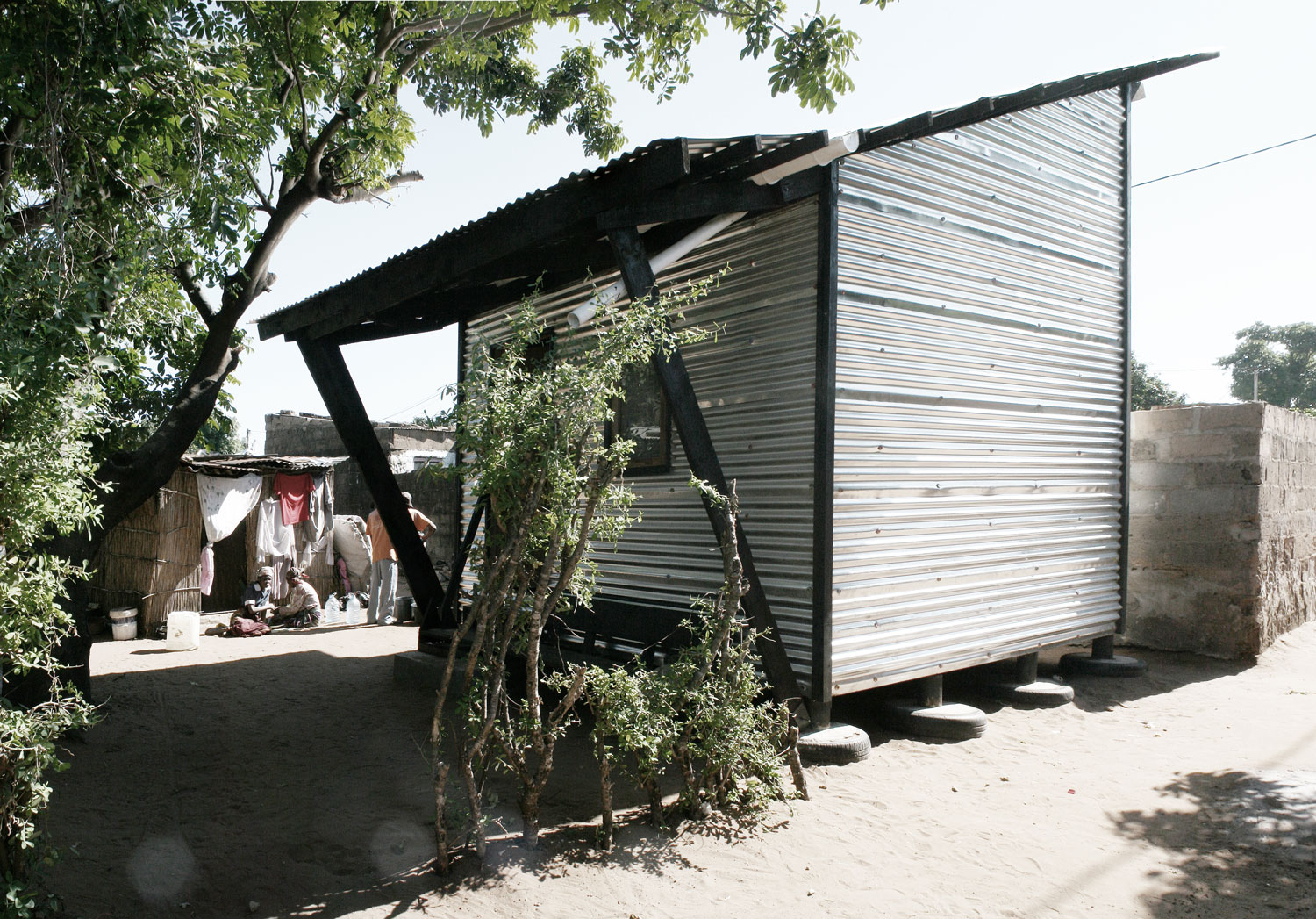 Phase 1
Phase 1 was built in 2014 in Maxaquene C, an informal settlement close to the center of Maputo. The housing concept is based on a simple building system, consisting of lightweight wooden elements, prefabricated in a local timber workshop, transported by hand and assembled for a complete housing unit in a relatively short time. The construction system allows construction of various housing typologies in up to two stories such as solitary blocks, courtyard housing and row houses, with higher densities than conventional housing typologies in the area. The house is a reinterpretation of the traditional “Casa de Madeira e Zinco”. The project features a suspended plywood ceiling containing insulation foil as well as mosquito net protected natural ventilation openings, securing comfortable indoor climate. Local sustainable wood was used for the construction. Recycled bottle caps were used for mounting the façade cladding and old tires were used to produce prefabricated point foundations. The house is raised above the ground and is therefore less prone to flooding. The price is comparable with single story houses built with conventional methods. Due to budget constraints, it was only possible to build a single module, and not ideally a denser typology in two stories.
Budget: 3,000 USD. Size: 15 m2 / 160 ft2. 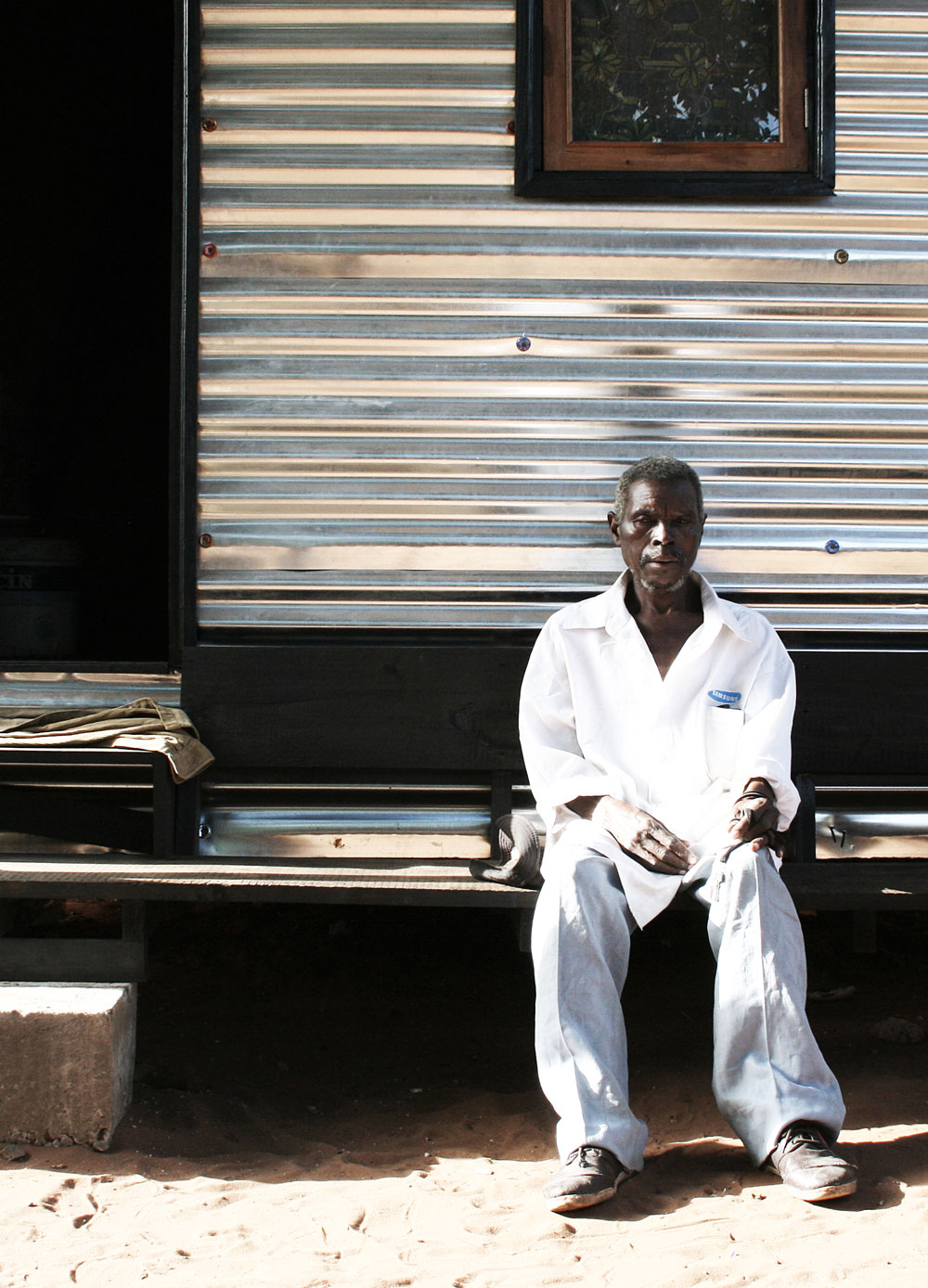 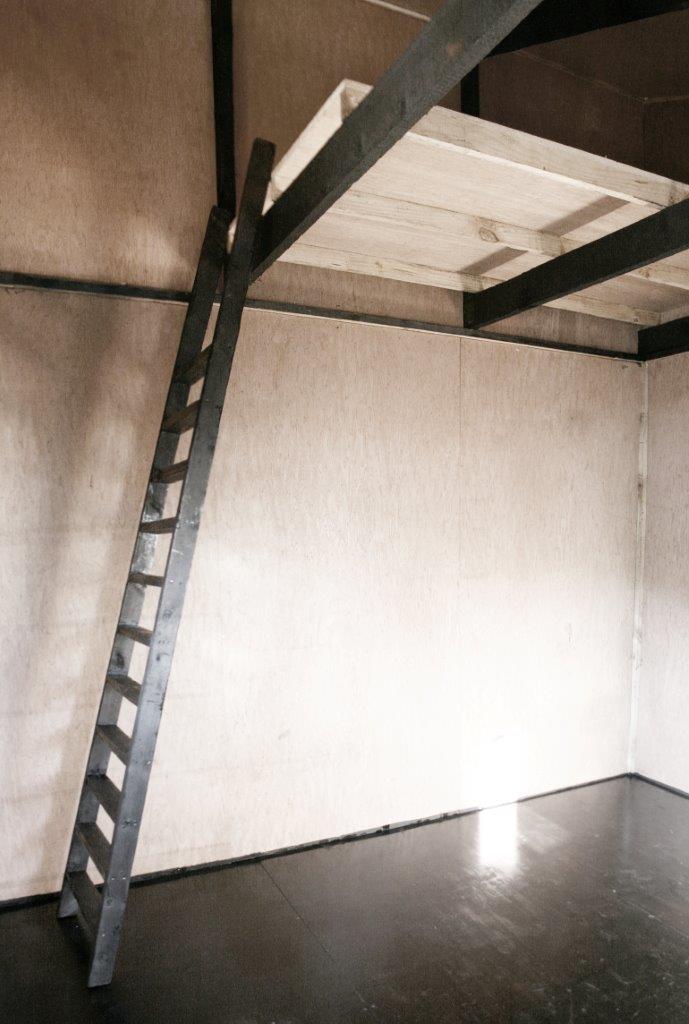 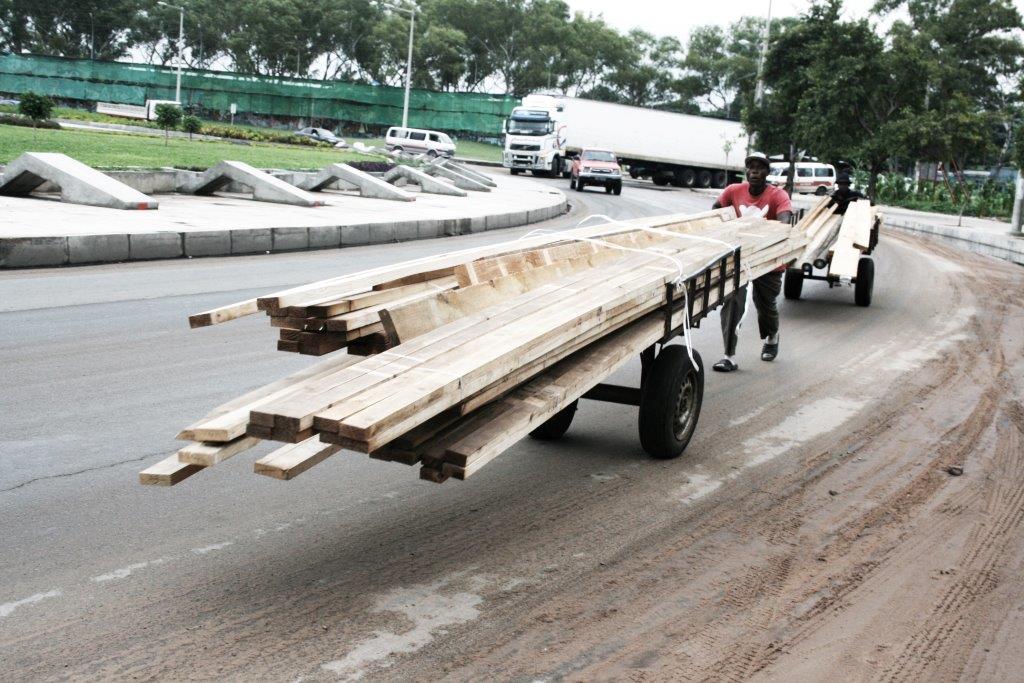 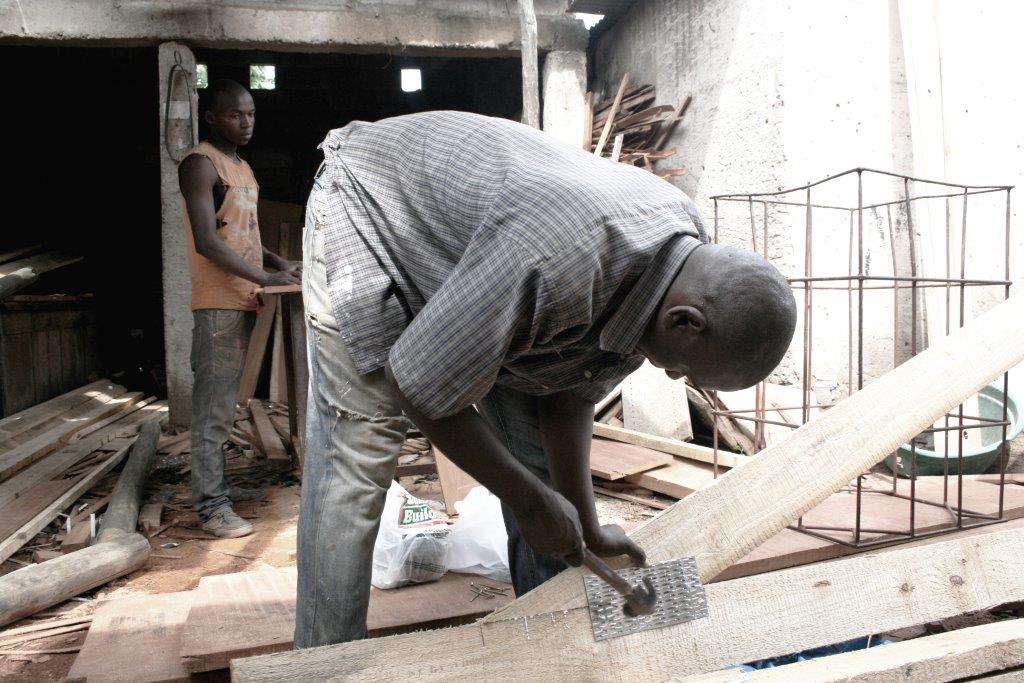 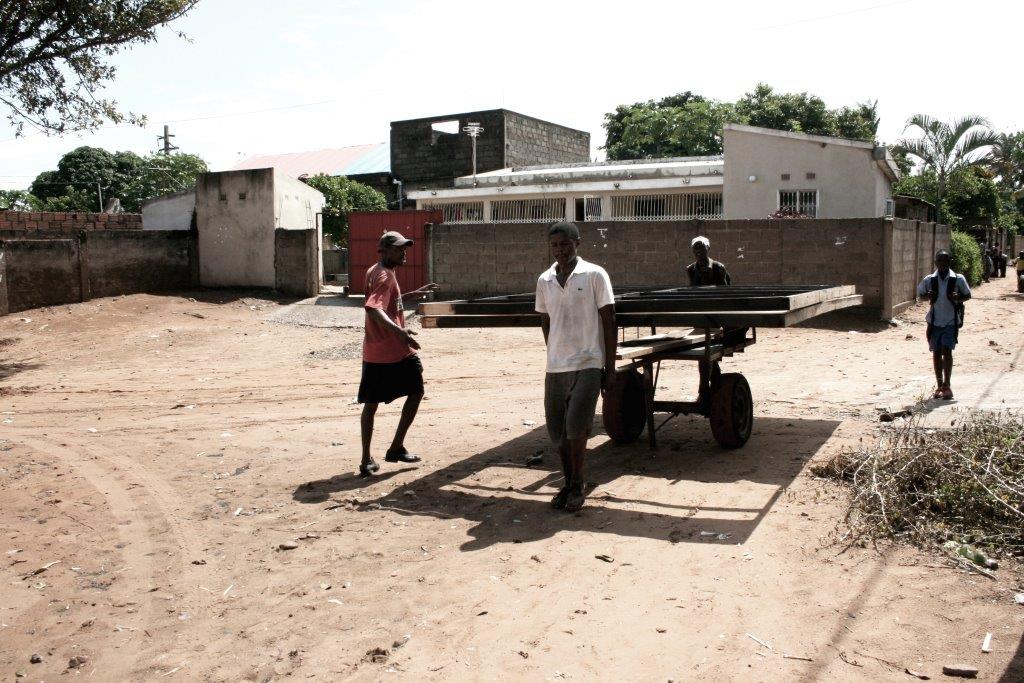 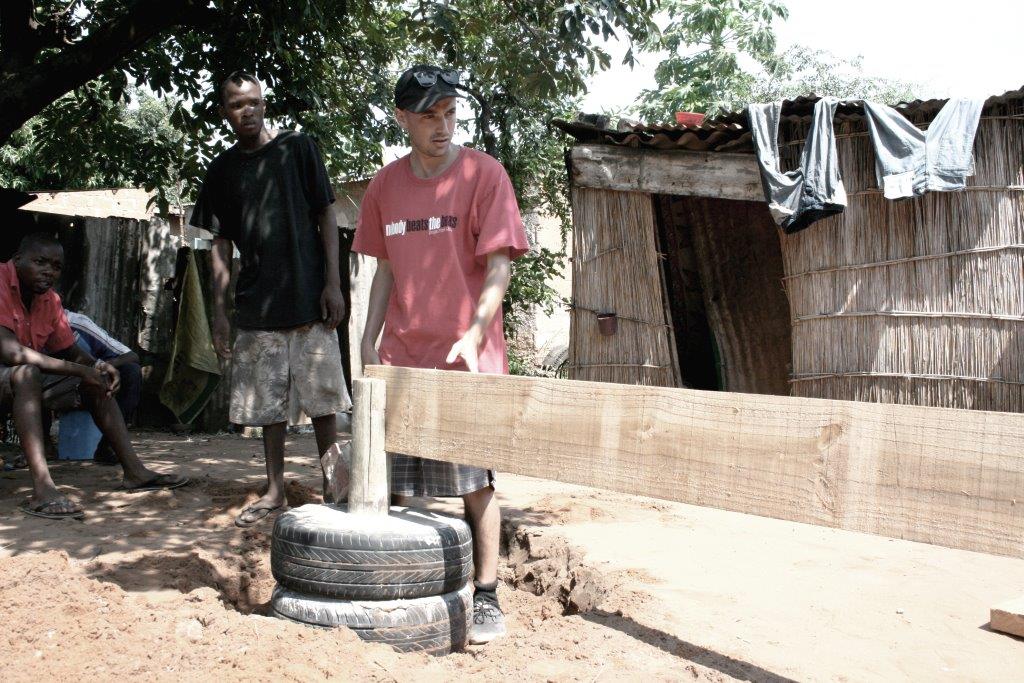 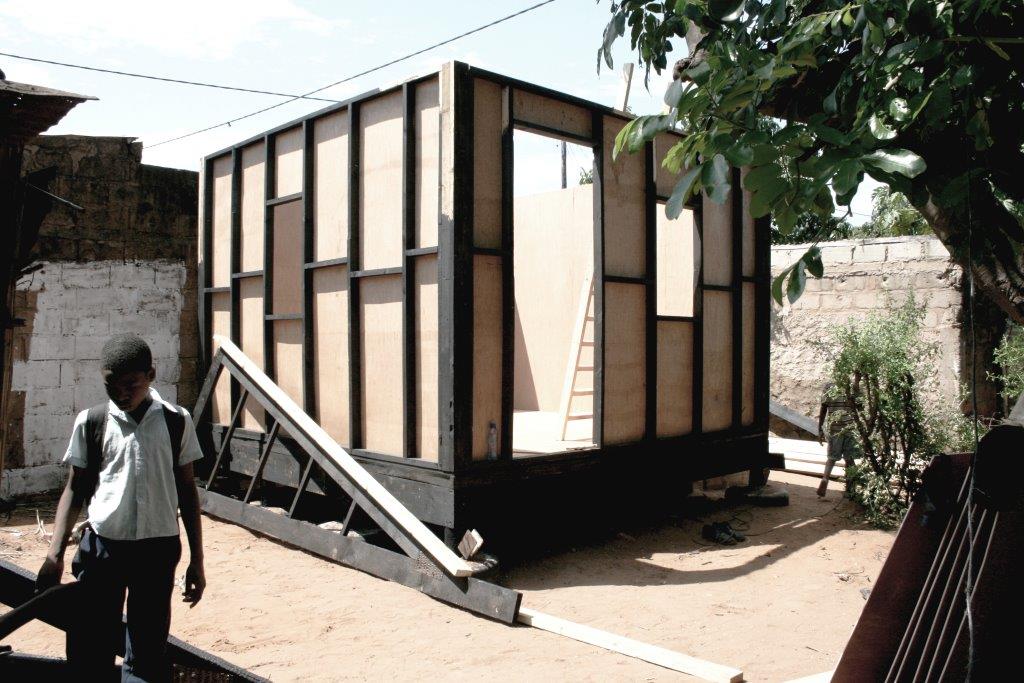 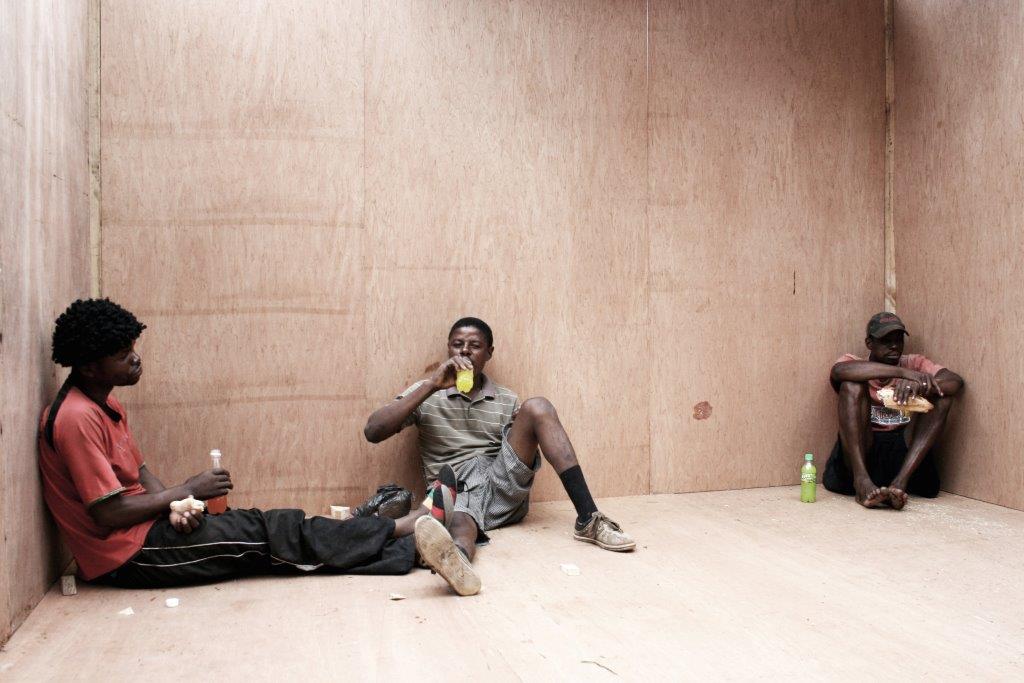 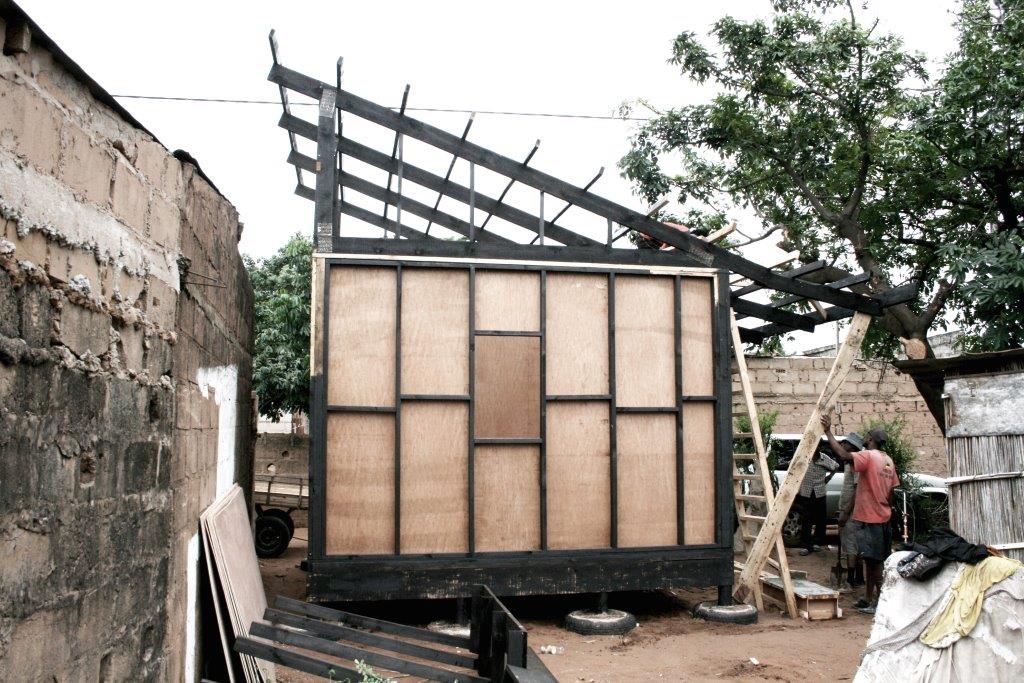 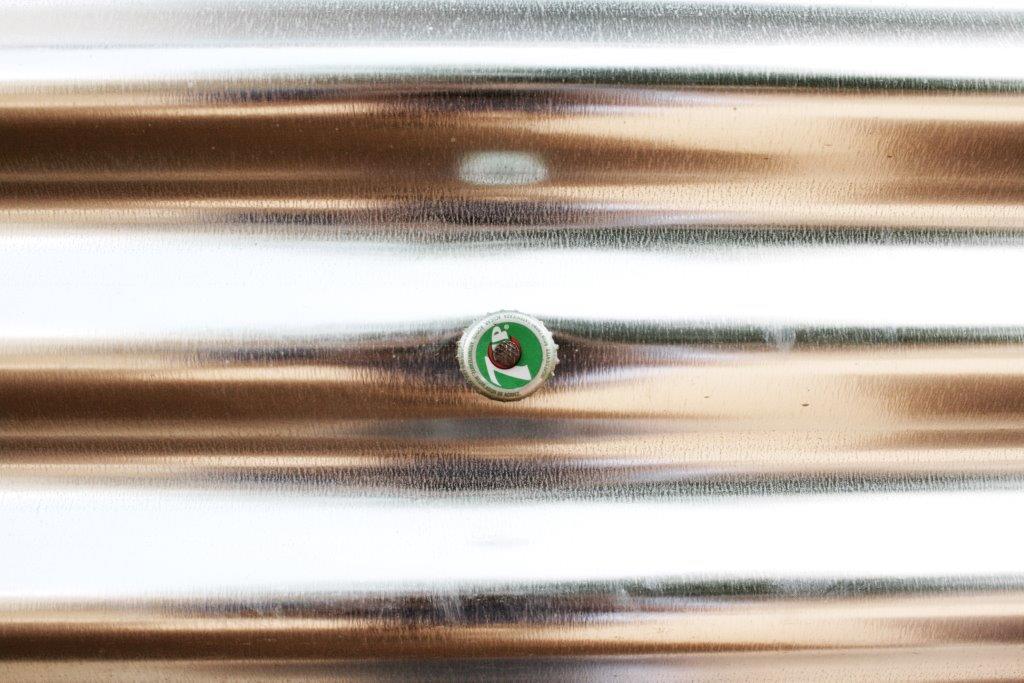 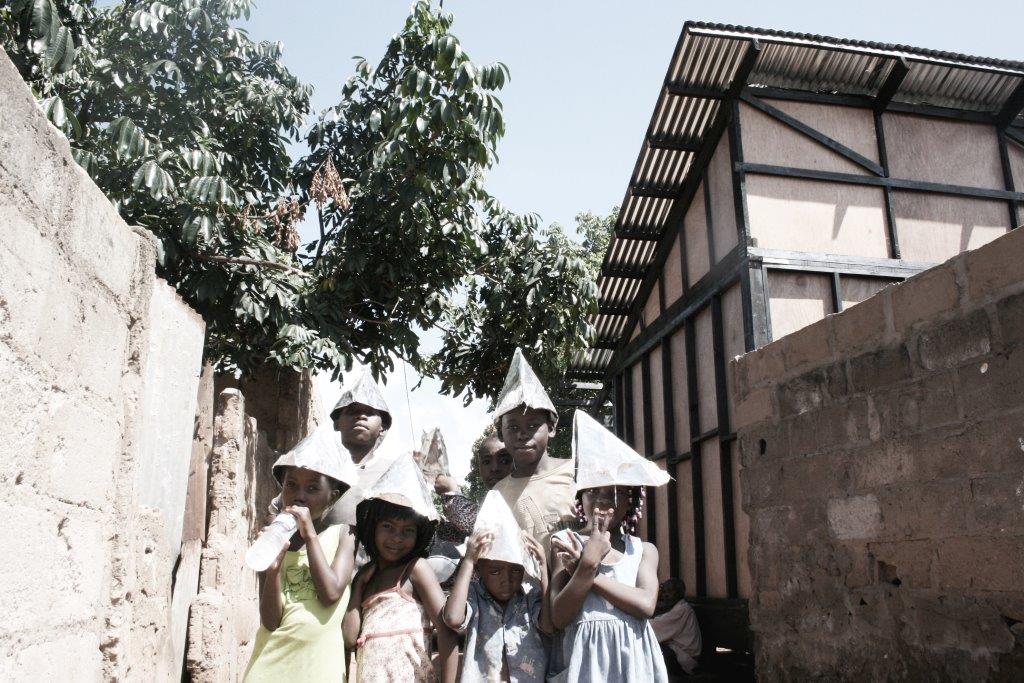 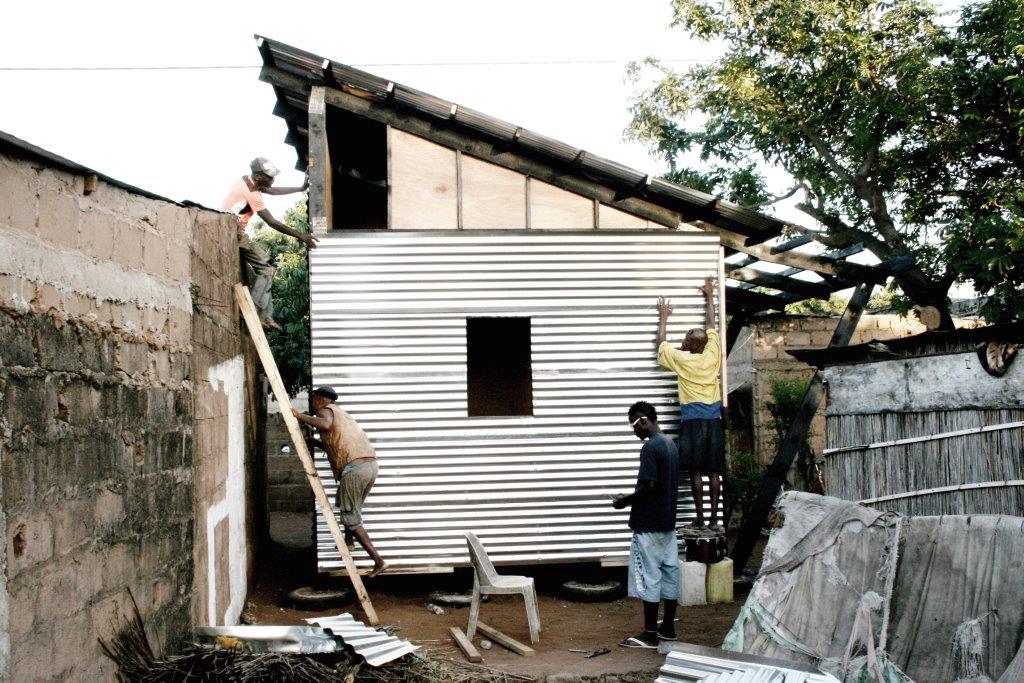